Often, procrastinators attempt to avoid the anxiety or worry aroused by a tough task with activities aimed at repairing their mood, such as checking Facebook or taking a nap. But the pattern, which researchers call “giving in to feel good,” makes procrastinators feel worse later, when they face the consequences of missing a deadline or making a hasty, last-minute effort, says Timothy Pychyl (rhymes with Mitchell), an associate professor of psychology at Carleton University in Ottawa, Canada, and a researcher on the topic.

Increasingly, psychologists and time-management consultants are focusing on a new strategy: helping procrastinators see how attempts at mood repair are sabotaging their efforts and learn to regulate their emotions in more productive ways. 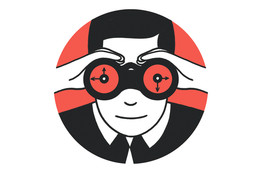 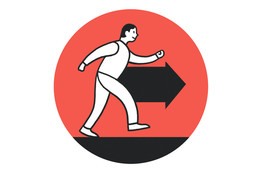 ‘Just Get Started’: If you are feeling frightened of possible failure, just get started. Tell yourself you don’t have to do the whole project. Just do the first one or two steps on it. Kyle T. Webster 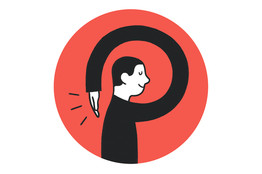 Forgive Yourself: If you are feeling guilty about procrastinating, stop beating yourself up. Replace the negative thoughts with something more positive. Kyle T. Webster 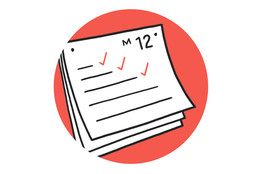 Easy Things First: If you are feeling a lot of dread about one task in particular on your to-do list, start with something else, preferably the task you feel most like doing. The momentum you gain will help you start the toughest task later. Kyle T. Webster

The new approach is based on several studies in the past two years showing that negative emotions can derail attempts at self-control. It fills a gap among established time-management methods, which stress behavioral changes such as adopting a new organizing system or doing exercises to build willpower.

Gisela Chodos had a habit of procrastinating on cleaning the interior of her car until it became so littered with toys, snack wrappers, fast-food bags, pencils and other stuff that she was embarrassed to park it in a public lot or offer anyone a ride, says Ms. Chodos, a Salt Lake City mother of two school-age children and part-time computer-science student.

She came across podcasts by Dr. Pychyl in 2012 and realized she was just trying to make herself feel better when she told herself she would feel more like tackling a task later. She says, “I am trying to run away from the feelings and avoid the discomfort”—the anxiety she often feels that her work won’t be good enough or that someone will disapprove.

“Emotion is at the core,” Ms. Chodos says. “Just knowing that gives me a little bit of fight, to say, ‘Fine, I’m feeling discomfort, but I’m going to feel more discomfort later’ ” if the job is left undone. The insight has helped her get around to cleaning her car more often, she says; “it’s been a long time since my car was so bad that I freaked out at the thought someone might look inside.”

Researchers have come up with a playbook of strategies to help procrastinators turn mood repair to their advantage. Some are tried-and-true classics: Dr. Pychyl advises procrastinators to “just get started, and make the threshold for getting started quite low.” Procrastinators are more likely to put the technique to use when they understand how mood repair works, says Dr. Pychyl, author of a 2013 book, “Solving the Procrastination Puzzle.” He adds, “A real mood boost comes from doing what we intend to do—the things that are important to us.”

He also advises procrastinators to practice “time travel”—projecting themselves into the future to imagine the good feelings they will have after finishing a task, or the bad ones they will have if they don’t. This remedies procrastinators’ tendency to get so bogged down in present anxieties and worries that they fail to think about the future, says Fuschia Sirois, a psychology professor at Bishop’s University in Sherbrooke, Quebec, and author of a forthcoming 4,000-person study on the topic. 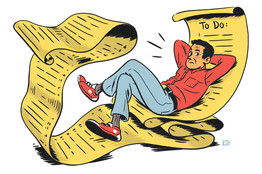 Sean Gilbertson read an earlier book by Dr. Pychyl in 2012 after trying other time-management techniques such as keeping a daily log of his attitudes. The Minneapolis software engineer says the techniques didn’t go deep enough to help him see how his emotions were blocking action and shift them in a more positive direction. Using the time-travel technique, he asks himself, “What negative things will happen if I procrastinate? Will it come up in my review? How will it affect my reputation? Will it affect my raise and bonuses?”

He used the technique recently when programming a prototype of a medical device to help doctors prevent pressure sores in wheelchair-bound patients. He imagined the good feelings he would have after completing the project well and pleasing his client and his employer. He envisioned patients “living happily and feeling better.” The resulting positive feelings gave him the energy to de-bug the device faster and finish the three-month project on time. The client was so pleased that “just talking to them is a pleasure,” he says.

About 20% of adults claim to be chronic procrastinators, based on research by Joseph Ferrari, a psychology professor at DePaul University, Chicago, and others. Other studies suggest the rate among college students may be as high as 70%. The habit predicts lower salaries and a higher likelihood of unemployment, according to a recent study of 22,053 people co-authored by Dr. Ferrari.

Procrastination also predicts such long-term problems as failing to save for retirement and neglecting preventive health care. Studies show men are worse procrastinators than women, and researchers suspect the habit plays a role in men’s tendency to complete fewer years of education.

Most procrastinators beat themselves up even as they put things off, repeating negative thoughts such as, “Why can’t I do what I should be doing?” or, “I should be more responsible,” says Gordon Flett, a psychology professor at York University in Toronto. “That negative internal dialogue reflects concerns and doubts about themselves,” Dr. Flett says.

One mood-repair strategy, self-forgiveness, is aimed at dispelling the guilt and self-blame. University freshmen who forgave themselves for procrastinating on studying for the first exam in a course procrastinated less on the next exam, according to a 2010 study led by Michael Wohl, an associate professor of psychology at Carleton.

Thomas Flint learned about the technique by reading research on self-regulation, including studies by Dr. Sirois and Dr. Pychyl. He put it to use after his family moved recently to a new house in Sewell, N.J. Instead of beating himself up for failing to unpack all the boxes stacked in his garage right away, Mr. Flint decided to forgive himself and start with a single step. “I’d say, ‘OK, I’m going to take an hour, with a goal of getting the TV set up, and that’s it,’ ” he says; then he watched a TV show as a reward. Allowing himself to do the task in stages, he says, is “a victory.”

Are you planning a meeting for this year or a kickoff meeting for early next year? Book Raj to speak to energize and inspire your team, organizaton or corporation to consistently perform at the top of our game! Call him at 864.569.2315 or contact him at raj@rajgavurla.com with your date, time and location to book your date today!

You Win Love Living Happy, Have Fun, and Enjoyment Because You Are A Champion

Are You Attending The Youth World Cup Championships?